The life of the people of Mesopotamia appears deeply marked by the belief in all kinds of evil demons and protective geniuses. The designation of demon vectors of evil allowed to identify the threat, and to fight it by appropriate rituals, enlisting against them powerful geniuses. 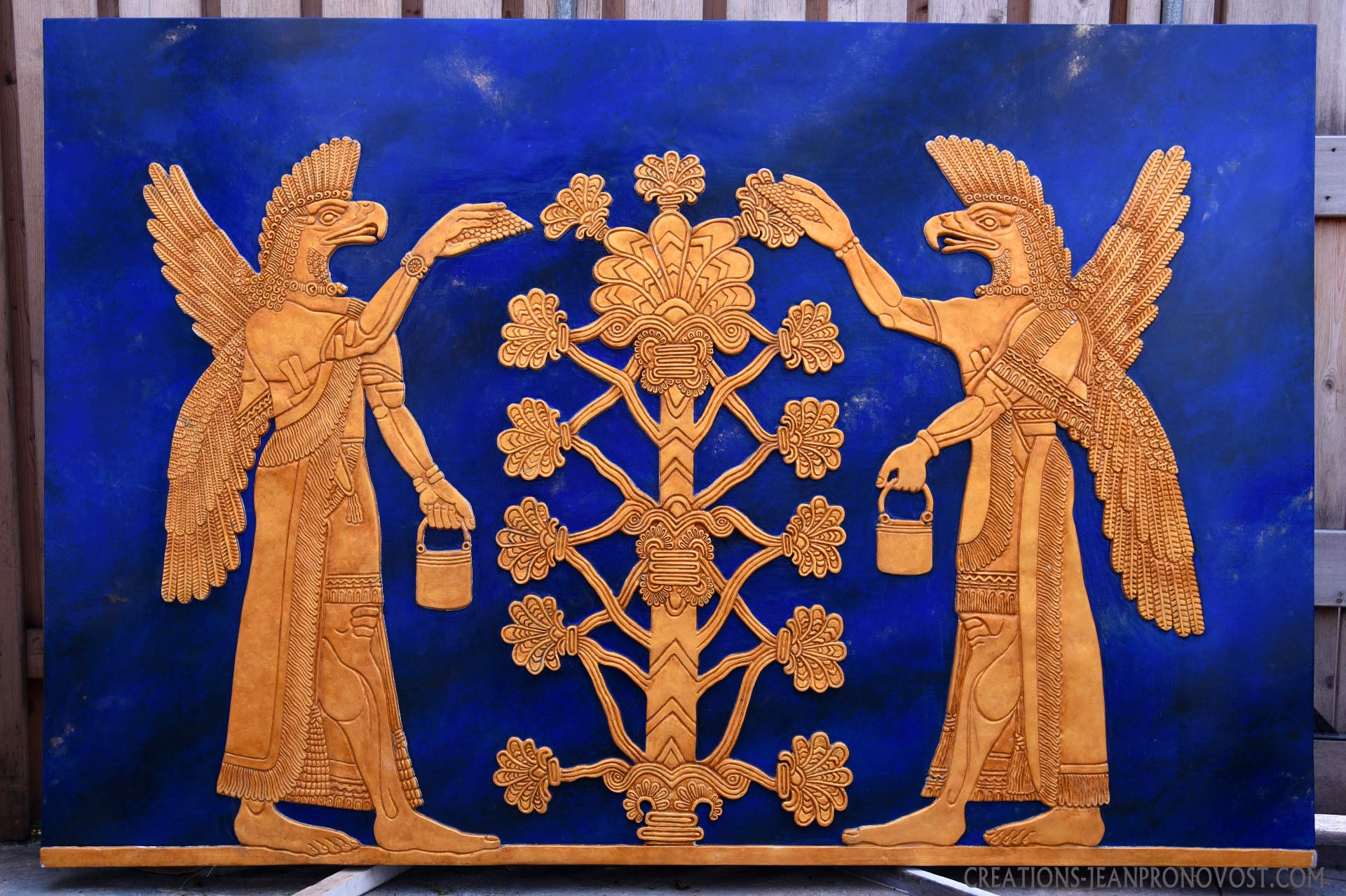 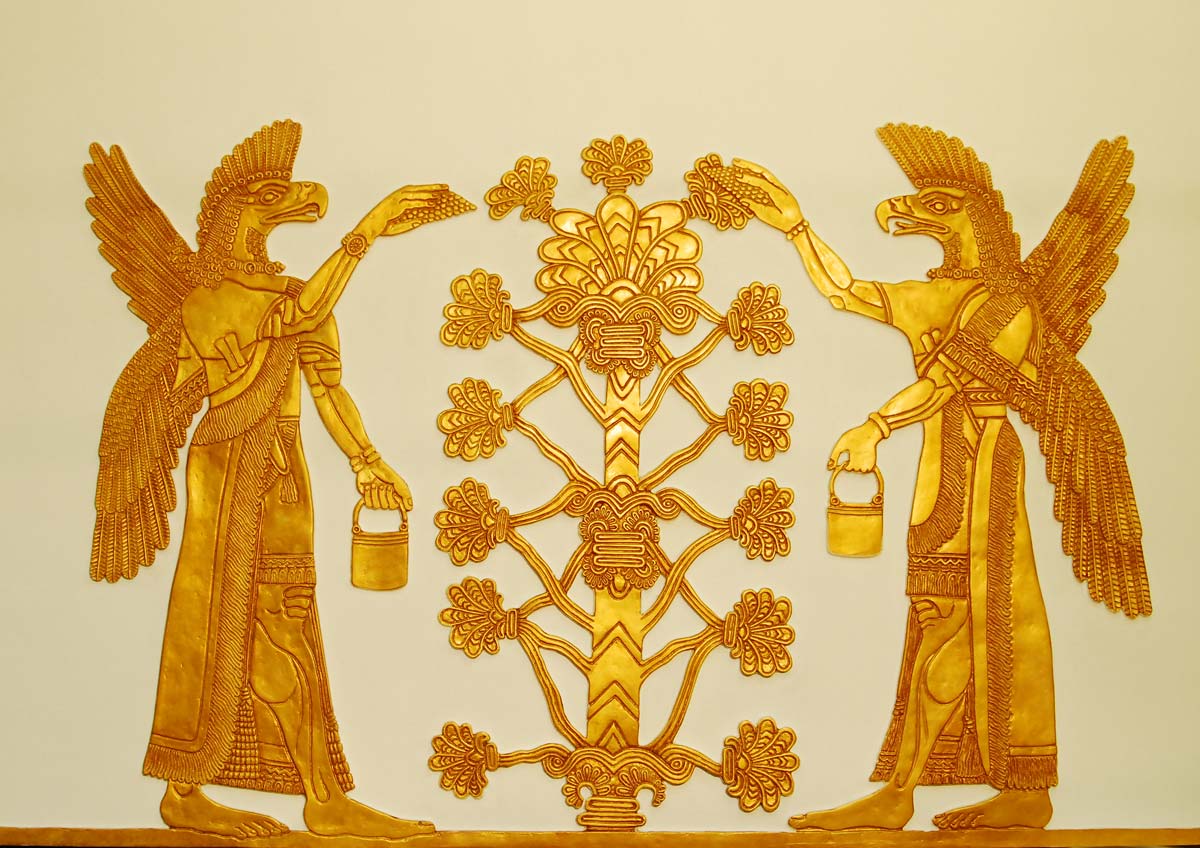 Throughout Mesopotamian history, the belief in the existence of evil or protective forces appears to be firmly rooted in mentalities. The threat of disease or death hovered over people with often precarious living conditions, and the appointment of demonic leaders allowed to circumscribe the danger and to implement the means of preventing or defeating it.

A vast repertory of demons and genies with formidable powers thus formed, essentially as early as the third millennium BC, inducing all kinds of magical practices. To fight against the “demonic possession”, responsible for serious physical and moral evils, conjuring rituals have been established, some of which are practiced by a particular category of priests, the exorcists. 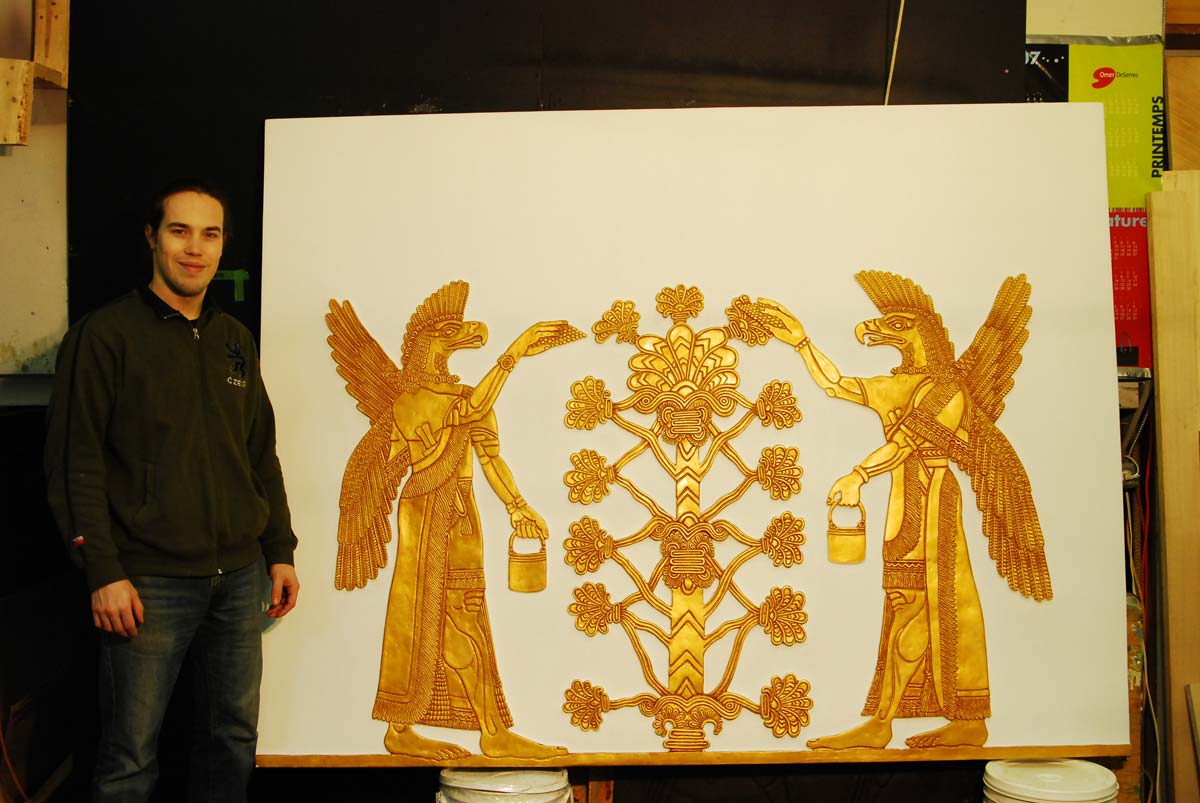 Figures of protective geniuses were also placed in the houses or official buildings, and others buried under their foundations, to protect them from any threat. The border appears however uncertain between evil demons and protective geniuses enlisted to fight them. Many of these, in fact, are at the origin of formidable monsters, connected with elements of nature linked to fertility, and only the divine power has been able to control them to make them instruments of human prosperity. All are thus fundamentally mediators between gods and men, contributing to the fragile balance of the world. 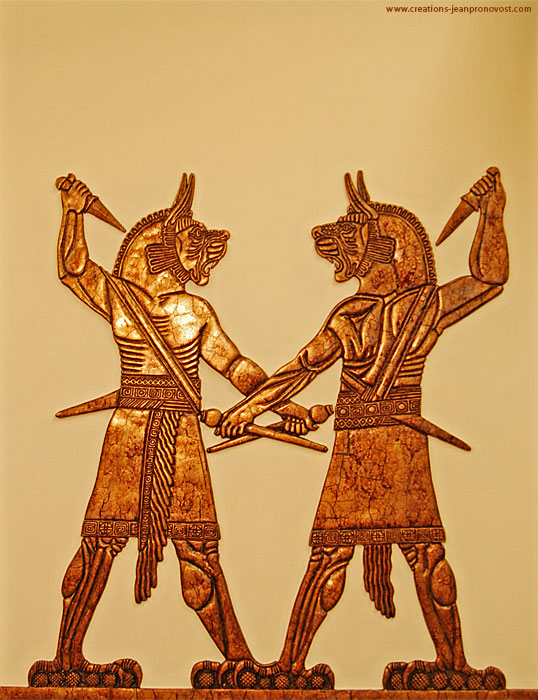 The monumental decoration of the Assyrian palaces of the first millennium, consisting of large carved relief stone slabs covering the lower part of the brick walls, appeals to a wide range of protective geniuses. One of the most characteristic is a “griffin” hybrid genius, whose body is human but has wings and a raptor’s head. It comes from the palace of King Assurnasirpal II (883-859) in Nimrud, then capital of the empire. His presence was required to ensure the protection of certain passages or the entrance of important rooms, and it is found in the throne room. The griffin is often depicted in the fulfillment of a fertility ritual.

He holds in his hands a pine cone and a situla, sprinkling with lustral liquid the flowers of a sacred tree with highly stylized figuration. These griffins, who belong to a larger group of protective geniuses, called apkallu , are nevertheless considered, in some texts, as servants of the god of Hell, Nergal. It is their power, no doubt originally maleficent, that guarantees the effectiveness of the protection they provide against other evil entities. And it is their proximity to Nergal, master of a Chthonian world from the depths of which the annual renewal of nature arises, which qualifies them to favor a reign of prosperity and abundance, symbolized by the blooming of the tree of life.